I had the pleasure of sitting down with Fast Company Middle East to talk about how TONOMUS is building a dynamic entrepreneurship ecosystem to power our cognitive city and why I am a digital humanist.

I’m a digital humanist. That means I believe technology is not about replacing humans but is about making us more human.

Tell us about the role TONOMUS is playing in powering Saudi Arabia’s Vision 2030.

Saudi Arabia’s vision is extremely powerful and super exciting. At TONOMUS, our main goal is to bring this notion of a cognitive city to life. We focus on doing that by being focused on three core elements.

The first is our ability to build a cognitive foundation. That means the ability to have connectivity and to have compute capacity and a common data architecture for everyone to share that will drive innovation.

The second thing we must do once you have that foundation is to build hyper disruptive and engaging solutions that really move beyond real time and really drive into proactive predictability.

In order to do one and two, you have to attract the world’s greatest talent.

Those are the three ways in which we, at TONOMUS, are helping crystallize and bring to life Saudi Arabia’s Vision 2030.

We are moving from smart to cognitive technology. Can you explain why this change is necessary and disruptive?

When you understand and move from a smart city to a cognitive one, you understand the power of prediction, the power of predictability, and proactiveness. Once you understand that, then you can create true value. You understand that it’s not about being in a smart city, focusing on a single transaction. When you move to a cognitive city, it is about relationships or platform economics. The more we relate to one another, the more interactions we have, the value of the entire platform increases. Finally, what it means, and what’s so interesting and really exciting, is you move beyond static conversation and static experiences.

Tell us how a cognitive ecosystem will open up new opportunities.

If you think about some of the greatest inventions of the past, if you think about the iPhone as an example, it wasn’t just about creating the iPhone, but what happened as a result? The first thing that happened was that the iPhone gave birth to new products. Whether it’s customizing your phone with bedazzles or giving you different color selections, it created a whole new ecosystem. That ecosystem didn’t stop at products. It turned into services, ringtones, gaming,

and then from there it created new ecosystems. Think about Uber and Airbnb and all the things you do now, starting from that original notion of a phone, of a single product. Now I want you to apply that same concept – not to a single entity or a single product – but to an entire ecosystem of individuals, of enterprises, of societies, of thoughts. You can see that same power of going from one concept and creating value in a single instance will give birth to multiple new products and multiple new services, and ultimately multiple new ecosystems. That’s the power that the cognitive city unleashes.

Why is intelligent data critical for progress and the future?

Intelligent data is so, so powerful. If you think about currency in the 21st century, it’s insight.

Insight is the currency of the 21st century. Well, where does it come from? It comes from data. But how do you get data? You have to have trust. Very simply, trust is one of the core elements of how data ultimately comes to be. And so when you think about trust, we’re taking this intelligent data and allowing individuals to feel comfortable to provide us with the core source of it, to know how their data is being used and who is using their data. You must first tackle the concern of ‘How do I get data in the first place?’. You then have to go over to the innovative side of data. That means who is going to be actually taking this data and turning it into this insight? There are all your programmers, your software engineers, your data scientists. They’re fighting two fundamental problems. They’re fighting scarcity of data and time. Scarcity of data means there’s not all the data you need to get to the right answer. Therefore, we have to move into synthetic data. We have investments around how we create synthetic data to fuel these models. Then you think about time. Why is time so important? If you are rushing to do something and you don’t have a lot of time, bias comes into it. Bias is so dangerous because it’s not just about being prejudiced. It’s programmable. It’s instantaneously applied to millions of lines of code that impacts millions and billions of people. What we need to be sure of is that the data scientists fully understand how they’re using the data, what that data is for, and they’re sure that data has accuracy. That is the basis of a new product that we have called Caspian. You can think of what Netflix does to movies, Caspian does to data. Ultimately, you have to take care of both sides. You have to take care of the people who are going to be providing this information, citizens, enterprises, and showing that you have trust, and then you have to take care of the people that are going to be taking that data and turning it into information by giving them back time and solving their problem of data scarcity.

Future technology would require an engaged and inspired workforce. How are you attracting the best minds?

People come to work, and they come to our new environments to not only have purpose, but to support their families. The current model today means that if you’re an entrepreneur, you have to leave that business. We never want you to leave TONOMUS. We don’t want that to happen. So we’ve worked on creating an environment where you can come in to TONOMUS, and you can be an entrepreneur, you can get that idea created, you can go try to make it work, and we’ll help you. If it doesn’t work, that’s okay. You come back into the fold in the system, and you work on those ideas, and we support you until we get it right. And you get to do it again and hopefully again and again and again. We have an entire model that is built on fostering entrepreneurship inside of the family of TONOMUS.

What are the key pillars of the dynamic entrepreneurship ecosystem?

When you think about the core pillars, the first one is accelerated learning, meaning that you have to always have a system for entrepreneurs to go from ideation to execution. You need to have a full ecosystem designed and planned around the notion of accelerated learning. The second element that has to exist is obviously funding. You have to have strong sources of economic funding. Most places around the world today are providing both accelerated learning opportunities and they’re also providing a source of funds for the globalization and making funding available. The third element is uniquely different. That third element says that when you think about moving into a cognitive world, you need to provide access to a common data architecture. If you think about the world today, data is siloed. It’s hard for entrepreneurs to get data from one enterprise to another or about one topic to another topic.

Who inspires you the most and why?

When I think about the many people who have given me advice throughout my career and in my personal life, there are tons of people I can mention. But from a professional standpoint, and where my drive comes from, I’d have to say my father. When I was very, very young, my father told me as a young African American man and student, he said, “Joseph, you are very, very special, and you always have to remember that. There are going to be people in this world who are going to look at you and they’re going to see your color, but they’re not going to see you. They’re not going to see who you are. So you have to embrace that challenge, and you have to enjoy the journey along the pathway to be successful, because it’s going to get hard and it’s going to take a lot of passion. It’s going to take a lot of curiosity. It’s going to take a lot of focus.” But most importantly, what he taught me is that I am loved. I think as a young man and as an adult, I’ve tried to pass that on to my children. I always remember that. He’s an incredible inspiration to me. When I think about all the accomplishments throughout my career, having my dad say, “Hey, I’m proud of you!” is the biggest accomplishment I could ever have.

Apart from work and technology, what are you passionate about?

When I think about what I’ve accomplished in my life, people always ask me, it’s typically around work or technology, I say that’s not my biggest accomplishment. I’m very, very proud to say I’ve been married for 30 years. I’ve known my wife for 35 years. That’s what I’m passionate about. That’s what I work on. I work on our relationship. I our work on our family. We enjoy traveling together. We’re food people, so we love eating out in restaurants. And I’m a huge, avid car person. I love automobiles. I love going to collector car shows. But more importantly, I just really enjoy spending time with my wife and our two kids. I think that balance in life is so, so, so important, because you really don’t want to get up every day and rethink your life. When you pass away and you go on, you don’t want people saying, “He made a great spreadsheet,” or “He was great in a board meeting.” You want to have people who are close to you be able to say, “Joseph impacted my life in a positive way.” When I think about my goal when I was young, I wanted to be the wealthiest man in the world, richest man in the world. I wanted to make all this money. I still have a goal of being rich or wealthy, but I’ve redefined what that means. To me wealth is the number of people you’ve impacted on a day-to-day basis. I love going into a grocery store and having kids that I’ve coached ten, 15 years ago, come up and give me a big bear hug and say, “Coach, coach, coach, how are you? I’ve graduated from college, and I’m really successful.” I think all this comes back to really being well centered, being humble, and really having a strong love for family.

What are your ambitions for the future? Can TONOMUS become a blueprint for other cities?

I think one of the things that you must understand is that TONOMUS in NEOM is more than just a place. It’s a movement. It may be located in Saudi, but it’s for the world. I don’t want to have TONOMUS be known as a place that replaced humans. I’m a digital humanist. That means I believe technology is not about replacing humans but is about making us more human. It allows us to be more of who we are and be able to really accentuate to the world the best that humanity has to offer. 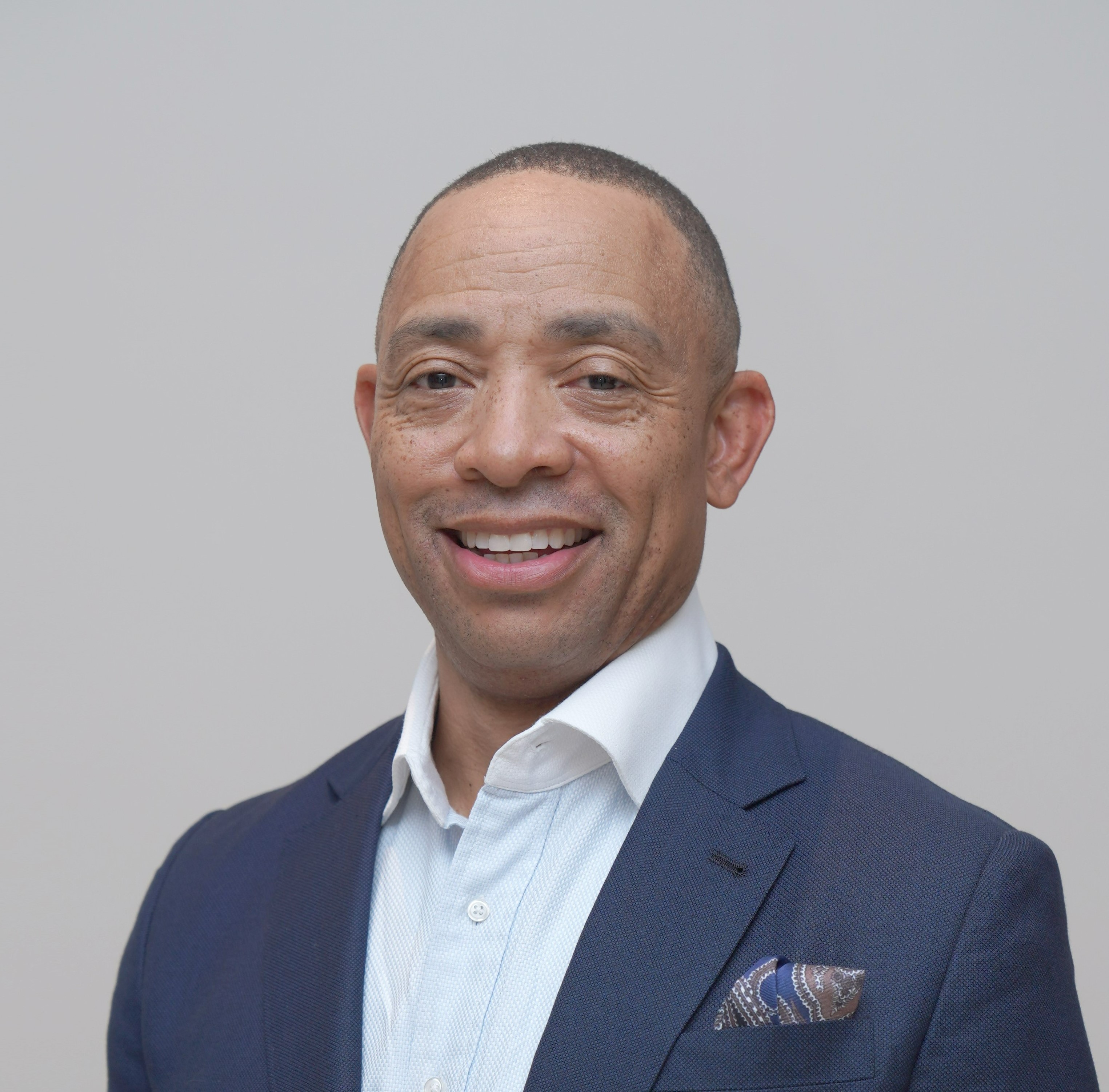 If you could use AI, data, and predictive technology to build a city from the ground up, how would you want it to serve you better? Today's smart cities are no longer efficient enough for our modern-day needs: mankind and technology have evolved at a faster rate than...